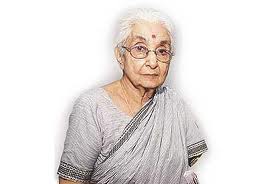 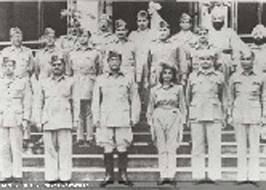 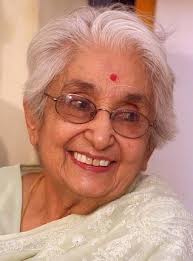 Nice tribute, Nisha. I too hugely respect this wonderful person. But, as happens with so many of those who fought so hard and selflessly for the country's freedom, it is so sad that India and Indians have not celebrated them while they were alive. What's worse is that even in death, they are not given more than a small mention even in our leading dailies and newschannels. A far cry from the multi-full page tributes and non-stop scenes from his movies that Rajesh Khanna's death evoked. Not to take away anything from the superstar of yesteryears, it's sad to note that those who gave us our todays and tomorrows are having their yesterdays also snatched away from them so mercilessly.

Salutes to an extraordinary lady.

MY HUMBLE HOMAGE TO THAT ELEGANT LADY

Good to know more about a person who was a compatriot of my idol, Subhas Chandra Bose. In those days being a woman and leading a regiment, speaks volumes about her strength of character. I never knew about her caring personality.

INA is a forgotten chapter in India's history, carefully wiped out from the consciousness of the people by stiffling all the information about Subhas Bose and others. They have even been branded as traitors.

It would have been fitting if she could have become President of India. Or perhaps on second thoughts, after looking at the recent presidents, one may think that persons like Capt. Lakshmi Sehgal are much higher than the personalities required for the post of president.

India owe's you a lot. I am too small to beg forgiveness for the inability of this country to adequately respect you. May you inspire many more Lakshmi Sahgals.

Sabyasachi Patra! thanks a lot for your wonderful words! Captain Lakshmi was indeed a legend, who was forgotten... I was shocked when I knew that there are people who have not even heard about her!!! Shame on us for forgetting / not knowing about such inspiring leaders...

Cant agree more with you!!! We seem to have forgotten the real heroes of the country and devote all our attention to the reel heroes... though I have nothing against them, it goes to show how wrong have we set our priorities!!! We live in a thankless world, where real superstars die an anonymous death while some lesser topics / people bask in limelight...

Captain Lakshmi was far better than our useless 'touring president' Prathibha Patil'.. She knew what India really wanted to have.. Such a brave lady. RIP.
Your tribute, indeed a good one.

Thank You Sangeeth! I too feel that such enterprising personalities would have national interest as their priorities than their own personal interests...