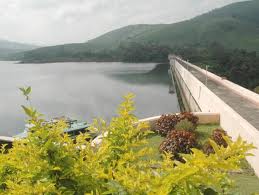 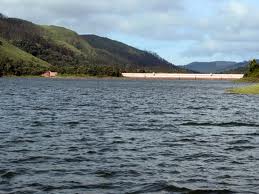 Email ThisBlogThis!Share to TwitterShare to FacebookShare to Pinterest
Labels: ഹൃദയതാളങ്ങള്‍

In search of the Royals

I have always loved traveling... Thanks to an Uncle who was more or less a wanderlust, and who was kind enough to take us children along in his jungle sojourn, I soon acquired a love for the jungle and its inhabitants early in my childhood. If I had been a bit more adventurous than I care to admit, I might have even ended up as a wild life photographer or a wild life activities. But alas, I was more interested in Human Relations by the time I grew up and the wilderness was put into the back burner of my mind... But, the love was always there!

So, I was always ready to tag along if people offered me a chance to visit the jungle - which unfortunately was rare. My dream was sighting a Royal Bengal in its natural habitat... With that aim in mind, I had undertaken few jungle safaris, when opportunities arrived. But, there was no luck so far! When I was still a child, I went to the Gudalloor forest range with uncle and few other relatives. Being a sound sleeper who had trouble waking up early in the morning, I was left behind at the guest house when others went in search of Tiger. When I eventually woke up, I was sad that I didn't wake up in time for the rendezvous... The search party returned in high spirits... I was preparing to hear the worst when I discovered that all the excitement was on spotting a pug mark and not the animal itself. I was relieved!


Hence, it was with a lot of expectation that we set off to Dudhwa National Park. It lies in Uttar Pradesh, and shares it's border with Nepal. At first it was established as a wild life sanctuary, and later due to the efforts of 'Billy" Arjan Singh (the Indian hunter turned conservationist and author, who was said to be the first one who attempted the re-introduction of tigers and leopards into the wild from captivity- courtesy: Wikipedia) Dudhwa was converted into a national Park in 1977. It was in 1988 that the park was declared a Tiger Reserve. Dudhwa is also famous for the successful re-introduction of the famous one horned rhinoceros from Assam.

It was on a bleak November Morning that we set off from our Lucknow home to Dudhwa. We passed through the rural UP that includes Sitapur (the land of rishis - it is here that the famous Naimisharanya is situated) Lakhimpur Kheri (famous for its sugar mills) and Gokkarnath (chotti Kashi) before we ended up at Dudhwa. But the most terrifying and exhilarating experience was crossing the dual bridge across the river Sharda which works as a common one way bridge for road as well as the railway track. There was no other way to reach the Park. One person at the other end of the bridge informs it is all clear to cross the road, and the few motor vehicles will trudge along the rail bridge to the other end. Many a times, one has to wait for the train to pass before the motor vehicles can proceed. It was one of the Unique experience I ever had in my whole life!!


Once we reached the Park, accommodation was arranged in one of the cottages... Since we reached around noon, we decided to have lunch at the humble canteen - we all had Aaloo ke Paranthe. After resting a while, we decided to walk around a little. There was small park near the entrance and soon we all gathered there watching my son play. By evening we went on the safari...

I was all eyes and ears to spot the tiger, but all I saw was some deers - Barasingha (swamp deer). As the name suggests these deers have 12 antlers.They are said to be found only in Indian forests. And almost half of the entire population of barasingha lives in Dudhwa.As we moved on we could not see much as fog had set in unexpectedly. There are different varieties of Birds too, we were told. But the thick fog spoiled our party and we came back dejected!

Night time was both silent and creepy... Though the guards and other staff urge us visitors to keep our voices low and not to create much noise, they can't do anything about the train that screams and chug through the forest!!! This is the first time that I saw a railway line running through the forest. It is said that  many animals get killed because of this; but, sadly  it still runs through the park. Every time I heard the long whistle (perhaps to warn the animals of the danger) of the engine, I felt sad. I hope someone stop the trains running through the forest!