Helicopter Parent – that was the word that highly intrigued me as soon as I heard it. Upon inquiry, I was told that the term refers to the parents who continuously hover over / around their children. That got me thinking – am I a helicopter parent too? To a certain extent, I am. I had credited myself with giving a reasonable amount of ‘space’ for my children, and always took special care not to breath down their necks or snoop around a lot. Despite the fact that my children (aged 9 & 4) are still fairly dependent on me for their daily needs, and will be so for some more years to come, I was forced to introspect in light of this new term.

Question was: Am I a helicopter parent? If so, why?

First, the answer to the question – to a certain extent I am a helicopter parent. Why? Because, I do hang around them (sometimes covertly and sometime openly) and keep an eye on them and their activities. Once certain ground rules are laid down – no going out on the road, no fighting, no shouting etc – I let them be. And, I don’t interfere with their activities unless things get out of control. Mostly, it doesn’t. The kids are smart enough to realize that if they misuse the trust placed in them, they will have to work really hard to regain it. So, more often than not, they oblige. Hence, I may safely conclude that I am not the orthodox helicopter parent...

Now, the term stayed with me day and night and forced me to think about it in depth. I don't know what other types of parents are there... But this terminology set me thinking... Why do Helicopter parents happen? It owe much to the change in the socio-economic factors of our life. How? 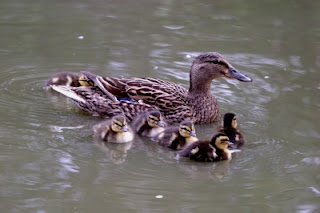 Well, in the era of joint family system a family essentially was made up of many couples and their numerous children who all lived under one roof. Everything was shared - food, clothing and what not! Even caring was shared.... One or the other member of the large family kept tab on these children; and if at times they had enough on their hands and minds they left these children on their own... Nobody fussed unnecessarily over anything or anyone - perhaps due to lack of time or may be because little things stayed little! Everybody in the family grew up with a roof under their head and food to fill their stomach. Moreover, the children in  the family was considered as the children of the family and not of a particular set of parents. So parenting was a shared vocation, were no single set of parents were doing everything for their children alone. Everyone contributed to the growth.  As such, the tensions and problems were also shared.

Children on the other hand, had much needed company in the form of brothers, sisters, cousins, aunts, uncles, grandfathers and grandmothers to whom they could turn to at anytime. They had enough space to play in at home or could go to any of the public grounds near the temple or village library or even an empty field. They learned the tricks of the trade from the seniors and dutifully passed them along to the juniors as and when they join the fold. Thus, everybody lived together and cared for each other; knowingly or unknowingly.

Fast forward to today: What do we have? We have nuclear families with working parents with single or two children. The parents aspire to provide their children with the amenities and luxuries that they never had in their childhood. Though they have the right intent, they tend to overdo it, thereby fussing over  the kids for anything and everything. To add to this, they put unnecessary pressure on themselves to prove to others that their child is better than the others'. 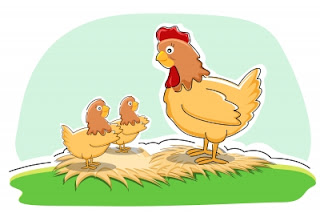 Right from infancy, the children are put into schools - playschools, pre-schools, prep schools, nursery school or a day care centre with this in mind. If only one gets the child to the so called best pre/play school will she then get admission to the best school... For that, one has to forcefully make the infant sit and do whatever it takes to get past the admission.... This marks the birth of the helicopter parent...

In their zeal to provide the best for the child, they often end up taking from her what she really needs, to be the best. She has no time for herself or friends. She has no time to play... They won't let her out of our sight for the fear of something bad happening to her. They fuss over each and everything about her - cloth, food, study, sleep, play... They don't trust her to be able to do anything without their guidance or help. So they keep hovering around - at all times!

If the child is playing by herself they cant help meddling; if she is reading they want to know what she reads; if the child is silent and lost in her thoughts, they want to know what she is thinking... They won't let them be  even for a moment. These parent meddle in all the affairs of the children and want to control their lives, because they think they know better. Over protecting and omniscient, such parents do more harm to their children than they ever realize.

Mostly mothers tend to be more of a helicopter parent than fathers. This might be due to the emotional attachment that a mother always have for her child, or due to the fact that it is she who is mostly around the child. Somehow, many mothers still think of their child (no matter how grown up they are!) as the extension of their bodies. Of course, she did carry the child in her womb as a part of her, had many hardships before the baby was born. But many mothers forget that once the umbilical cord is cut, the child ceases to be a part of her body... Then she becomes a different entity by herself and needs to be treated that way!

One other factor that contribute to the formation of helicopter parents could be the shrinking living space. Gone are the palatial bungalows and ancestral homes... Most of the people squeeze into tiny 1 or 2 bedroom apartments where one cannot have much space of one's own. Lack of play grounds / friends and an alarming affinity to television tie the children to indoors and hence under the watchful eyes of the parent. With no friends / cousins around the children tend to go back to the parent for all their needs thus tightening the loop...

So, despite all good intent,  the parents end up being a helicopter parent, who simply can't keep off the child. They become over protective, meddlesome, and troublesome for the child. This might be more true in case of a single child who is the sole focus of all the endeavors of her parents... 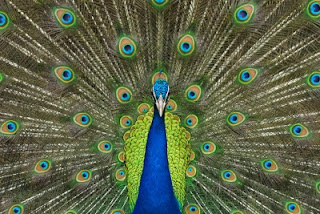 It would be good if the parents took some time and reflected on what they are doing to their children... Do we like it when people hover around constantly meddling in all our activities? If not, why do we expect our children to? Some times, one need to let go and let people be! That doesn't mean that we should stop caring for our children... Don't tie them up in loops, that they cant even breathe freely; just give them some space and discover what gem of a child we have!!!

Just see what Khalil Gibran said about children in his famous book 'The Prophet' -
"Your children are not your children.
They are the sons and daughters of Life's longing for itself. They come through you but not from you; And though they are with you, yet they belong not to you; You may give them your love but not your thoughts. For they have their own thoughts. You may house their bodies but not their souls, For their souls dwell in the house of tomorrow, which you cannot visit, not even in your dreams. You may strive to be like them, but seek not to make them like you. For life goes not backward nor tarries with yesterday. You are the bows from which your children as living arrows are sent forth.
The archer sees the mark upon the path of the infinite, and He bends you with His might, that His arrows may go swift and far. Let your bending in the archer's hand be for gladness;
For even as he loves the arrow that flies, so He loves also the bow that is stable"

Nothing more to add after reading your quote... Such wisdom!!! Thanks for sharing it with me!

Hi Nisha
I suggest you read 'The Prophet'. Its a small book, but full of such quotes. Gibran was a Lebanese writer settled in USA. 'The Prophet' is his most famous work.

Nice to see your posts (now almost on a daily basis...
Thanks to Indiblogger :)

Yeah, I do have some free time these days & that helps the cause... And yes the fact that more people are visiting the site is an additional motivation.... Thanks to you!!! :-)

I have not read Gibran! But, "The Prophet" is certainly on the top of my wishlist now! Thanks for the suggestion!