Over the past couple of months, I had the misfortune of visiting two different government owned corporations - they being the SBI and LIC. I am sure they are both respectable entities and the leaders in their particular field of operations. Both are mammoth and cater to the needs of hundreds of thousands of people daily. They have huge infrastructure and also employs a large number of people across India. People hold them in certain esteem. But what happens when one steps inside one of these offices??? It is not an experience that I would look forward to! 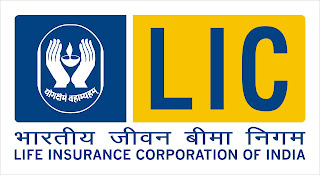 I had to pay premium for some policies and entered the multi-storied  LIC building... The premium is accepted at a counter on the 8th floor of the 9 storied building! Of course, there are lifts; of which one was not working for some reason or the other and the other was going up and down rather slowly. One had to wait more than five minutes for it to come to the ground floor and to get upstairs... The impatient one in me had considered taking the stairs, but the recent bout of Asthma prevented me from being adventurous. So, there I stood, with two hyperactive, impatient kids in tow, for the lift to reach down.

At last, we squeezed ourselves into the elevator, and the ascend began painfully slow.... When we got down at the designated floor, I realized that I got out one floor soon, as I got down at floor no.7. So, I decided that climbing one flight of stairs will not kill me and took the stairs to reach one floor up. On reaching there I was disheartened by the length of the queue, but knew there was no way than to join the serpentine line... Thankfully, there were a couple of chairs and after instructing the children to sit there while I waited my turn, I joined the line that seemed to be immobile...

No sooner than they were seated, the kids started poking and nudging each other, which soon promised to turn into a fight. People have already started throwing strange looks at me... So, being the clever person I am, I go back to the kids and give them my mobile to play games. The kids cant believe their luck! Mom is giving them her brand new mobile, which was untouchable for them till now!!! They grab the opportunity and settles down to play the game (matching the tiles, which is pretty boring; but a life saver, as I discovered that day). Now that they got themselves occupied, they are as silent and inconspicuous as one can be!

Meanwhile, there seems to be an argument going on between few customers and one of the staff. People were complaining about the time taken for each transaction and as the lunch break was fast approaching, both the parties were jittery... The staff told that the customers can go to another premium collection center and get their work done. The customers didn't want to go as they had been in the queue for sometime now. What if there were another queue at the other place too? Before it could take the form of a full-blown argument, the lunch break was taken. The cashiers just closed their counter and left for their lunch.

One of them returned in 20 minutes, and the few of us who had remained at our positions in the queue (rather advanced in the queue, as many people had left instead of  waiting) brightened up, only to be disappointed. The cashier on returning to the seat didn't resume accepting the payments. Instead, she and one other officer conferred about something on the computer screen. This went on for sometime, testing the patience of people again. Thankfully, this mini conference ended and the payments were being accepted again. I was the second in line and had all my payments ready. The receipt was in my hands in a minute and the whole exercise was over, at last!

While waiting in the line, I couldn't help thinking about the way things are handled. A little more efficiency and empathy with the customers could have improved things a lot. If the cashier on returning from her lunch break had started accepting the payments soon, much time could have been saved. She and the other staff could have discussed the reports later, when the customer dealing time was over, as it was nothing urgent they were discussing. That way, not only she would have saved some time of others, but gained the good will of the people there. The staff who had earlier told about the alternate collection center could have done that in a less hostile tone. For that matter, if the counter had been in the ground floor it would have been more helpful. I could see a number of agents waiting to make payments on behalf of their clients. Among them were elder men & women and pregnant ladies. These people has to go to the 8th floor to make payment. What if the lifts were not working on a particular day? I don't think anyone cares...Waiting more than 2 hours for a task of two minutes is nothing new, huh?

By the way, the kids think that I came back too soon...They couldn't have enough of the game!!!
PS: Reliving this experience has taken too much of my energy. So I guess I'll save the other (mis)adventure for the next time...

Let me reserve my comments till I read Part II about SBI. I have known both these organisations for long, so let me see how you compare them.

i was waiting for a detailed comment from you sir! It would have been interesting to know your views based on your experience...