Living life - learning all the way...

Once, during my early years in the corporate world, I sent a mail to the HR department asking for clarifications regarding some issues it had raised. I neither remember the issue nor if it was solved. Yet, that mail was a learning experience for me. 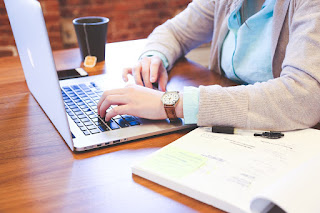 As far as I can remember, my concerns were genuine and I expected a reply, which would clarify my doubts. Instead, what I received was a rebuke. Apparently, the mail I sent was received by a very senior person in the HR department. That person was offended because an employee of my stature wasn't supposed to speak in that tone with a senior official of the company.

I was a bit shocked to receive the mail rebuking me for my insensitivity and lack of judgment. After receiving that mail, I was pretty sure my mail was the perfect example of how not to write to a senior/HQ. Anyway, I took no offense and sent my sincere apologies for the mail, along with my assurance such things will never happen again in future.

That incident remained with me for two reasons - first, one has to be careful and mindful regarding the recipient of letters, especially while dealing with official correspondence. The hierarchy of power has to be respected and nothing else matters at times. I felt worthless and small, even though the feeling was momentary. A lesson learned the hard way.

But, the second lesson was even more profound. It taught me that no matter how high a position you hold, you should not let go of humility. It is possible that the other person is just seeking information. Give him the benefit of the doubt - at least for the first time. He/she wouldn't have thought of questioning you or offending you even in his/her wildest dreams. If he/she is indeed wrong, you can point it out gently and not as if he has committed the greatest offense in the world.

The greater the power, the greater should be the responsibility. Our big fat egos could take pride in having admonished a hapless junior. However, we fail to realize that we have fallen in their eyes - forever. Even today, I don't hold any grudge towards that senior officer, but I sure don't have much respect either. Respect once lost is hard to regain.

Fast forward to present. Again, maybe out of sheer impulse or even stupidity, I reached out to a very accomplished artist. To my surprise, I got a warm response from her. That simple act from her made my day and I am sure I will cherish that moment until my last breath. I felt so special and motivated that I took up my brushes, palette and colours to actually paint a picture after a long time. 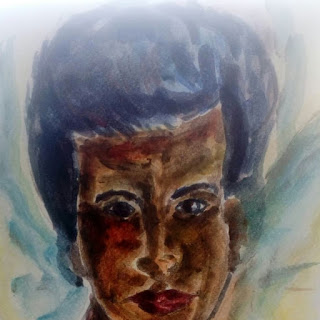 I don't claim to be someone without flaws. On the contrary, I have made numerous slips and have fallen many times. But, I try to learn my lesson from them. When I look back at incidents where I feel I have fallen short, I try to learn the lesson and move on. Of course, being human means you are prone to committing mistakes. However, if you repeatedly make the same mistake, it means there is something you're missing. You haven't really learned your lesson.

Things get complicated when other people imply things. Sometimes the words you say or write would be misinterpreted and people could take offense. In all fairness, you might not have even thought of things that way. But, if someone feels offended, the next step is to have an open communication and try to sort it out. In most cases, a heart to heart talk could put an end to misunderstandings. And if you are wrong, there is no shame in accepting it and apologizing.

And despite all your efforts if someone still holds a grudge, it's his problem. You simply have to move on. For, it is easy to feel dejected and depressed. On the other hand, to be positive even when things don't seem to work well requires a lot of self-belief and courage. No matter what you do, some people are bound to disagree with you. With time, we can train ourselves to take those rejections as a part of our journey and move ahead.

No matter what, there is something good in all of us. Just because we haven't discovered it yet doesn't mean it is not there. Don't let others fool you and make you believe you are less worthy. Believe me, none of us are... Let's believe in ourselves and let's try to help others believe in themselves too. The world needs some kindness and understanding for sure.

Reminded a lot of incidents in my career's long journy.

Some doubts are never to be cleared in large organizations.. hi hi hi.

Some people never let down one who approach him/her, no matter what situation he/she is in!

Yes. Sometimes, we learn the lesson the hard way.
Good that we use the learning to help others and guide them.
Hopefully more will come... :)