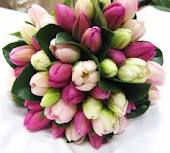 Better teacher is the funeral home. It reminds you of final destination. To rearrange priorities, to change viewpoints...etc.

Yes, it does make us question our priorities and to have a different outlook of life..

Thanks for sharing your thoughts!

Thank You Village Girl! Its always a pleasure to hear from you...

Yes, life is so perplexing sometimes. Laughing a minute, sulking the next,and helpless always.
Everything seems to be meaningless. Full of life a day, cold as ice the other.
Hard hitting post.

@ Malini Rajesh,
Cant agree with you more... Sometimes I feel death is the only reality of Life..
Thanks for sharing your thoughts
Regds,
Nisha