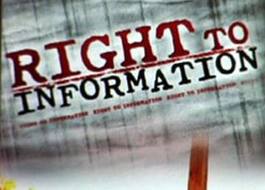 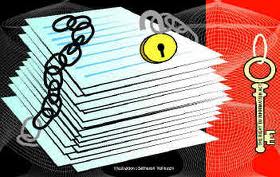 Finally, it is to be noted that RTI Act in itself cannot enforce any action. But the information received through the RTI is a powerful tool in our hands that can help us in getting constructive results from the concerned people.
Picture Courtesy: Google Images
at February 10, 2012

Well said, Nisha. I can't help recall that classic dialogue from Swades whenever I come across situations like this. "Yeh haal lagbagh poore desh ka hai".

We got the RTI after such a hard fight with the establishment. Now, the efficacy of such powerful tools are entirely dependent on the number of intrepid, persistent and upright citizens (like your father). More power to their ilk!

Thank You! I agree with you that the case is same almost everywhere in the country. Most of the time, we are reluctant to take even small steps to change that. I shared this story because I wanted the people to know that if we will take some time out of our so called busy lives, we can bring about at least a tiny change...

Thanks once again for your valuable comments!!!

We need to use the laws or else they are a compilation of sections...Thanks for writing...

Very true! Many a times, we have a tool with us, but we are reluctant to use them (for whatever reasons)...

thanx for sharing this info Nisha...its true most of us dont make use of this tool...god knows when this corruption will abate.

Welcome Indu! It is only when we have no other way that we even start to think of these helpful Acts. I feel that the RTI and Consumer Protection Act are two great tools that can help common man to a large extent; but only if we take the effort to use them....

Commendable Nisha, on your father's part to have pursued and get his rightful due!

Thank you Rahul! He is yet to get the money, but it is only a matter of time... His efforts are indeed commendable as it was his persistence that gave the result...

Why wouldnt these people just do their job sincerely and honestly????What do they get by cheating people like this?Like you said , this is just one incident in one town.Its so disappointing,a person has to put in so much time and effort to get what is righteously theirs.Anyways,good that Valyachan decided to fight and took the help of RTI.Hope he gets his money soon.....

Thanks Priya! The main reason for all these, I think, is power without accountability. The moral aspect is also there, but the less talked about that, the better!

And yes, finally he got the cheque last week.