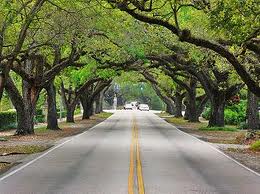 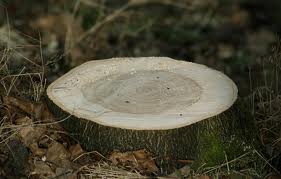 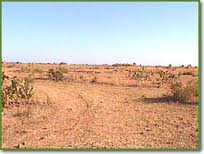 I know now that the tree was cut to accommodate the widening of the road and that it is only one among the hundreds that are mercilessly cut each day so as to felicitate development. Sadly, to a certain extent, it cannot be avoided as well. It is often told that if we cut one tree we should plant ten instead. But, it is alarming to note that there is hardly any land left to plant more trees. Presently, even if one wants to plant a tree for the one that was cut, there is no land available to do so. And soon a time will come when the barren land and arid days will force us to regret our thoughtless deeds; but by then, it would be too late!!!
at April 30, 2012

Touching tribute. Not many are given, these days, to non-humans who die an unnatural death. (Or is it plain blue murder...green murder, actually). And it's such rampant 'inhuman' behaviour that ails Mother Earth today.

Good to hear a sane, concerned voice in this abject silence. Good also to have eco soldiers like you...keep fighting...it's a great cause!!!

Thanks Jaji! I agree with you that it is a (cold blooded) murder!

I don't know if anyone protested against it! And honestly, even if someone had, I don't think that voice would have heard above the killing blows of the axe!!!

I hope more and more people will come together and speak against these killings!

Development comes.....do not oppose
Or you will be labelled as Naxalite or Environmental terrorist

Thank you Ajith for your words! Well, I know that my lone voice would not be heard amidst the roar of machines...

I am not opposed to development per se. I am only voicing my concerns against the unabashed exploitation of nature. And if we all turn a blind eye towards the evils happening in our society, then we are no better than the people who are destroying it!

People kill trees in the name of development. But how many of them can really grow a tree? That is the same reason that make my family to oppose cutting of trees inside our compound.

Let us not forget that many people like our dad continue to plant a number of trees in their compounds. It may not replenish the loss altogether, but there are many people who are really great with their "little" deeds... Let us also view the social re-forestration efforts taken by kerala govt(for eg) by suppling plants n trees through schools. Media ads also hv touched the minds of even junior school children, & may be thats why last week a 5th std boy (perhaps, kannan!) wondered if it was right to destroy trees!!! Though in a slow pace, we too have begun to be aware of the need for protecting our environment. The L&T words - "The Nature of our Future depends on the Future of our Nature" are, as always apt to be remembered in this context.
Sure it's sad to see a tree being cut, but let us ourselves start a new beginning by planting a tree, instead. The world, or say ... modern world is sure to take this change positively....
But yes, along with the huge trees, even "thanneer pandals" hv given way to cool bars, sophosticately decorated with artificial bamboo leaves....

I think the acts of opinion leaders like Kochouseph Chittilapally, who has only 3% of his office, artificially air conditioned, would be an inspiration for the new generation...

It is due to the concern of few people like your family that a few green areas are still found in our surroundings... Sometimes, it might be necessary to cut a tree or two, but if take care to plant and grow a few in their place, then it would be great!

Thanks for sharing the noble thought of your family!

Edathi,
First of all, let me tell you how happy I am to see your comment. (I never knew you read my Blog) Thanks for taking some time from your busy schedule to write your thoughts. I appreciate it greatly.

Yes, I know there are a few people like our father who continue to plant trees and take similar steps to protect the environment.

"The Nature of our Future depends on the Future of our Nature" That is a wise thought! And yes, we should take inspiration from exemplary behaviours of others - be it opinion leaders or even a student of 5th std.

Looking forward to hear from you more often...